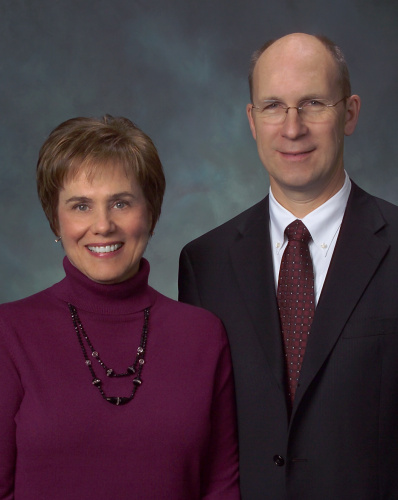 Mike is a 1973 graduate of Mora High School and a 1978 graduate of Mortuary Science Program at the University of Minnesota. Mike has lived and worked as a Licensed Funeral Director in the Mora area since his graduation from college. Mora has been home for Mike and Jane Ingebrand and it is where they raised their three sons.  Mike is active in local civic organizations and was an active firefighter on the Mora Fire Department for 25 years. Jane received her RN from Anoka – Ramsey Community College in 1975 and has worked as a staff nurse at the University of MN and at Kanabec Hospital in Mora. She received a BES in Applied Psychology from St. Cloud State University in 1990 and a Death and Grief Studies Certification from Colorado State University in 2011.

In 1981, Mike Ingebrand, began working as a Licensed Funeral Director for Mr. Waldo Randall at the Rock Randall Funeral Home of Braham. Mr. Randall became Mike’s professional mentor and a strong colleagueship between Waldo and Mike was established.

Since purchasing the funeral home in 1985, they have built on what Charles Akkerman began, by providing personal, compassionate funeral services to families in the Mora area.  In the summer of 2002, construction began on the new building at 825 S. Union Street in Mora. The family-friendly facility was completed in March 2003. The large chapel and cozy areas for conversation helped to create a more comfortable place for families to gather during times of grief.

Mike and Jane Ingebrand bought the Braham funeral home from Jay and Joni Mankie in May 2007. They continued to carry on the long tradition of quality and service established by their predecessors. 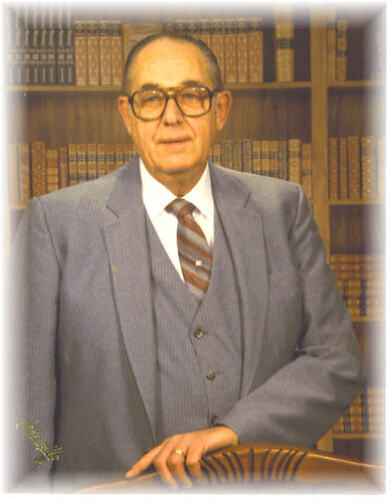 Charles Akkerman graduated from the Mortuary Science Program at the University of Minnesota in 1948. He was employed at O’ Halloran & Murphy Funeral Home in St. Paul, Willwerscheid and Peter’s Mortuary in St. Paul, and Billman Hunt Funeral Chapel in Minneapolis, before returning home to Mora in 1960. That same year, he started the Akkerman Mortuary which he owned and operated for 25 years.

In 1985, upon his retirement, Charles sold the funeral home to Mike and Jane Ingebrand of Mora. 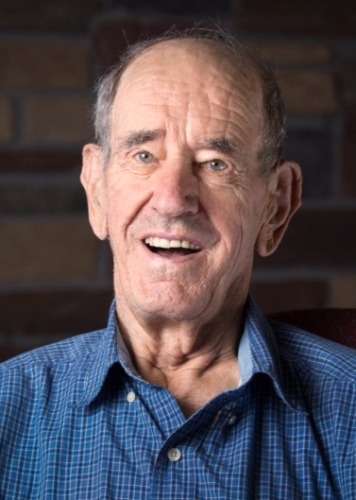 Waldo Randall and his wife, Dixie (Sando) Randall, were both born and raised in the area. Waldo grew up in Henriette and Dixie grew up in Ogilvie. Mr. Randall served in the US Army and following his military service enrolled in the Mortuary Science program at the University of Minnesota, graduating in 1958. Upon graduation from the U of M, he completed his internship at the Vine Funeral Home in Rochester, MN in 1959. Mr. Randall worked at the Anderson Funeral Home in Wilmar, MN before returning to Braham in 1965. Waldo and Dixie were married in 1959. They raised their children in Braham and have been very involved in the life of the Braham community. Waldo passed away on Monday, July 23, 2018 at the age of 90. 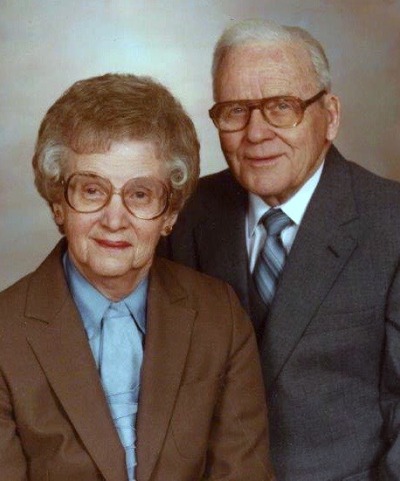 The Braham Funeral Home has a long history of serving the people of the community. The business was founded in 1906 by N. E. Anderson. In 1922 E. E. Erickson opened a second funeral home in Braham in the current funeral home building, except that it was located just to the north of its present location.

In 1931, Mr. J. Wallace Rock purchased the funeral business from Mr. Anderson and in 1943 he also purchased Mr. Erickson’s funeral home, thus establishing the Rock Funeral Home. Wally married Gladys Peterson. He operated the funeral home until 1971. Upon his retirement, he sold his business to Waldo Randall.

The name J. Wallace (Wally) Rock is rooted in the history of Braham. He was a businessman, a church and civic leader and a respected citizen. Local publications prior to 1995 show the threads of his life woven into Braham history. He died 3 months before the community inducted him into the Braham Hall of Fame. Today, many visitors view his plaque at Braham Area High School and wonder: Who was Wally Rock? Recently Wally’s colleague, Waldo Randall and his wife Dixie, discussed their friend’s influence. “Wally had a remarkable memory for people’s names and the details of their lives”, Waldo said. “He always greeted people personally and was genuinely interested in each one of them. He always put others first and he did his utmost to promote the Braham community.” Years before, in his school yearbook, Wally was described by his classmates and teachers as “truly a gentleman at all times.”

Born in 1909, just 10 years after Braham was founded, Wally grew up north of town. He graduated from Braham High School in 1927, and received a degree from the University of Minnesota School Of Mortuary Science. When he returned to Braham in 1931 as a licensed mortician, he purchased a business, from N.E. Anderson, which included a funeral home and a furniture store. Located on Main Street, the building is now the home of the East Central Minnesota Arts Council

Even now Wally’s name stands out on the funeral home building he purchased from E.E. Erickson in 1943. Through the years the “Rock” name on the sign has stayed, followed by those of later owners, Randall, Mankie, and Ingebrand. Mike Ingebrand worked for the Randalls for 5 years before buying a funeral home in Mora. He returned to Braham in 2007 to add his name behind Wally’s. He continues to provide the same professional, dependable and caring services as his predecessors. Waldo Randall moved to Braham in 1965, and assisted Wally for six years. In the early days, many people died at their homes and were then transported to the funeral home. Since the Rock Funeral Home’s phone number was also the number people called for an ambulance, Wally’s wife, Gladys (and later, Waldo’s wife, Dixie) took phone calls to direct the ambulance or hearse to the correct location. No one had a GPS or even a fire number, so landmarks and familiar neighbors’ names were used for directions. Rock and Randall did not provide emergency treatment, as EMTs or first responders do today. Instead, they transported the person to Braham Hospital, which closed in 1974.

Waldo recalls that the average expense of a funeral was less than $500 before 1965 and the cost of a funeral never went above $1,000. He remembers that Wally was also the city clerk and people would stop by the funeral home to pay their water bill. Wally would also collect 50-cent donations for funeral flowers from friends and neighbors of the deceased. When enough money was collected, he would order a memorial floral arrangement from Cambridge or Minneapolis. That practice continued until a flower shop opened in Braham.

Waldo remembers unique experiences after 1971, when he and Dixie assumed ownership of the funeral home. He recalled being flexible and providing a personal touch when the family of Jerome Dordal chose to use an old hearse drawn by a team of horses as a fitting tribute to their father. Often Waldo would pick up a body from the airport. With emotion, he recalled the four Vietnam servicemen from the Braham area who died in the line of duty. He felt honored to provide assistance and comfort to their families and friends.

J. Wallace (Wally) Rock was recognized with an award from the University of Minnesota, The Minnesota Funeral Directors Association and the Minnesota Department of Health for his 50 years of dedicated service. Waldo Randall also received this prestigious award. Together they served the Braham area for 66 years and remain positive role models for future generations. It can truly be said that Wally Rock helped lay the foundation of strong values, service and friendliness that defines Braham yet today.

Contact Us
Our Staff
Our History
Why Choose Us
Testimonials

A year of daily grief support

Our support in your time of need does not end after the funeral services.  Enter your email below to receive a grief support message from us each day for a year.  You can unsubscribe at any time.